Recently @tmcorp have been spamming a few people requesting them to follow them when they didn't follow us in the first place. They wanted to send a DM for an invitation to some user feed back on their services. The invitation are as follows:

Telekom Malaysia Berhad (TM) would like to invite you to a special briefing and feedback-gathering session on Friday, 17th December 2010 at Menara TM.

This meeting/discussion is targeted especially at social media influencers such as yourself, and on the agenda are updates related to TM?s UniFi and Streamyx service, including security issues and consumer interest topics such as Fair Usage Policy, data caps and service contention ratio.

TM would also like to hear from you on any other arising issues. Needless to say, your input and feedback is highly appreciated and sought.

The only request TM would like to solicit from you is to please keep the confidentiality of this invitation and please do not disclose it in the public space (online or offline) as we would like to keep the number of attendees manageable. For your information, we are inviting around 40-50 individuals.


Some of the things discussed were basically about their plans in the future with Streamyx and Unifi and also the explanation of the troubles they are facing supporting thousands of users around Malaysia, and how their bandwidth is now 90% are international traffic to the US. I took notes on what they had mentioned and these are some of them:


There are some whispers also that i heard:

Since i have downloaded > 4TB already since i got my Unifi, it's safe to say im on the bottom of the list LOL. Anyway's apart from the nerdy discussion about the network outage in TM CR implementation, here are things to improve. 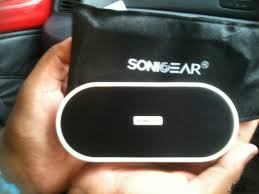 The caterer food sux, there were ants in the desert i had, and was poorly organized because some people were talking and laughing behind, ignoring while the CEO and the Geeks are battling their thoughts out on stage, i think it should have been a more formal discussion and approach where everybody is listening and take concern, not just a few of us. The microphone was missing for us to ask question and everyone should be limited for 1-2 questions only, seems like the outspoken ones are hogging the microphone and left some unable to ask questions.

All and all, they gave us a souvenir SonicGear portable speakers which i thought very nice :) Thanks TM and i hope you can improve on the next secret gathering you are having next.